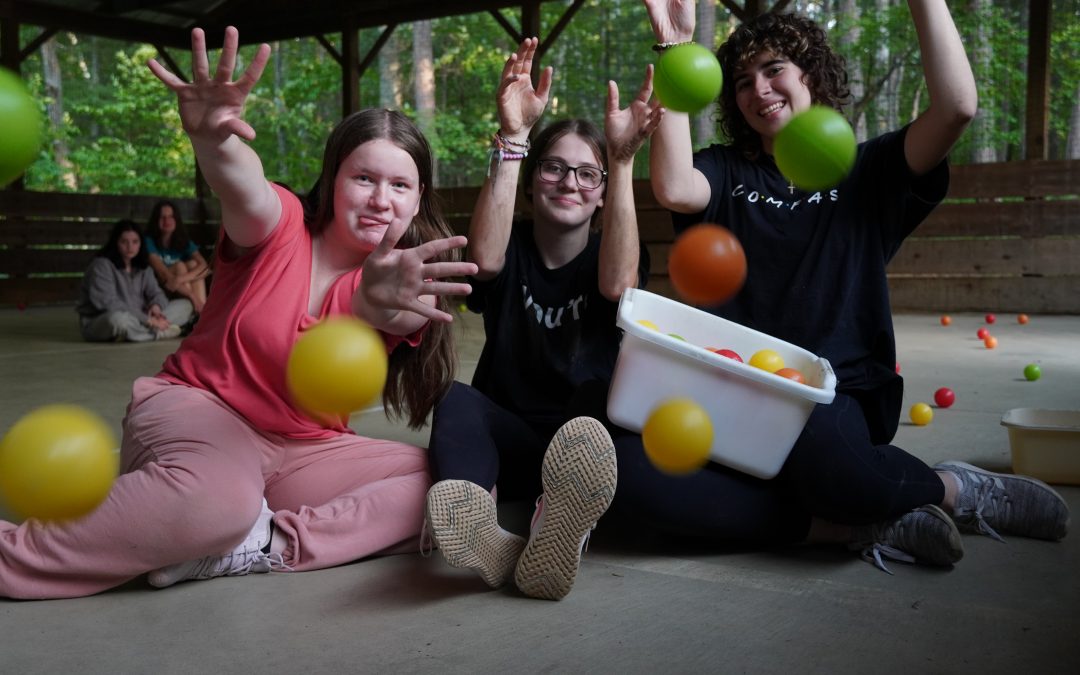 I can’t believe camp is over!

We all had so much fun with our special days and evening programs this summer, so many Foley firsts and fantastic memories were made! Come along for a recap on all the fun we had this summer…

The Battle of the Factions!

The 2022 Alpha Games was an all-session affair this summer! Alpha Daily challenges became a part of camp life. Everyday a new challenge was introduced for one activity each day. Every camper who completed the Daily challenge earned 100 points for their team. The challenges ranged form win a game of paintball with a bunker tag, kiss a fish, win a sail race, or present a craft project to an AD. These Daily challenges pushed one team to ultimate victory 2nd session!

We had 3 different Alpha Games events each session. We started with Alpha Spirit Day, campers had to compete in a gauntlet of different challenges on the soccer field, all ending in a colorful powder fight, where each team tried to cover their opponents in their team colors. Lots of messy fun!

Following the 3rd sign up we had Alpha Strategy Night. The big alpha challenge was revealed (A giant relay race!) and teams broke up into factions, 6 groups of 6 within the teams. They planned out the order the teams wanted to complete stations in the relay, and came up with call and repeat chants. The night ended with a fabulous Alpha Fashion show, where campers and staff got to show off their team spirit and awesome Alpha accessories they had brought from home or creatively put together at camp.

We tested campers’ strength, wit, agility, creativity, and teamwork in a variety of stations set up around camp. The teams that earned the most points at each station got the opportunity to pick tools that would help them in the grand finale relay. A simple task of moving water from a full bucket to an empty one, using the whole team an assembly line. Tools earned from the different stations could make or break a team’s victory.  4 versions of each tool were available and the team who had earned the most points assigned all 4 tools out to the teams. There were cups in a variety of sizes, teaspoons and ladles, Ziplocs with or without holes, and even some ways to sabotage other teams, like a blindfold!

Congrats to our Winning Alpha Teams:

Have you ever wondered what it would be like to celebrate the major holidays at camp? Christmas, New Year’s, Thanksgiving, Halloween, St. Patrick’s Day? Well, this year we found out. We lit up camp with decorations, lights, and some really cool cut outs! Holiday games were set up all around camp to celebrate tons of different holidays! Campers bounced from celebrating Christmas, to Halloween, and Thanksgiving within seconds. Once the sun went down, the fun continued with added Glow in the Dark Features. All ending with

a New Year’s Eve Ball Drop and a special holiday snack, Bomb Pops! We loved seeing all the campers running around in Halloween costumes, Christmas sweaters, 4th of July accessories, and so many festive accessories.

On the 2nd special day of each session we had cabin challenges. Cabins competed against each other in classic camp games like Human foosball, soccer, flag football, floor hockey, etc. We did 2 rounds of challenges and crowned an ultimate cabin winner. It was a great chance for the cabins mix up and play with other campers they may not see a lot during normal camp days. Congrats to our wining cabins Pocahontas, Ojibway, and Wahtassa!

Argh Matey, we had a blast at our Pirate Parties this summer! Anyone who registered during our Early Bird Registration period was invited to this pirate event. These swashbuckling campers received hilarious pirate

mugs, filled with ocean spray punch, and lots of yummy treats not available at canteen. Campers got “decked” out in pirate stickers and tattoos, chose a pirate name, and got to play the new Cross Bones game, a mix between Koob and Horseshoes. Watch your calendars for this year’s early registration, because early bird campers will get to journey to the old west at our Cowboy Party next summer!

We added a little extra wow to the first four days of evening programs for each session.

Wolf Campers got to host a Giant Board Game Night, have a pickle ball tournament, and play a human version of Hungry Hungry Hippos. The oldest wolves got to make

homemade tortillas at Taco Night, and cook their very own delicious meal, including homemade churros!

Coyote Campers geared up for an epic Water Gun Battle. They were the only pack group permitted to use our brand-new water guns and color changing vests. They were a huge hit with all the Coyotes. They also competed in Minute to Win It challenges, played Battle Ships with the Swamper Canoes, and cooked an outdoor breakfast for dinner.

Fox Campers got to play an awesome game of Slip ‘N Slide Skee Ball, travel back in time to the age of knights and castles with Medieval Night, and have a Messy Night. During Messy Night, foxes got to do ice chalking, use washable markers to make “tattoos”, make soap clouds and goop with Ivory soap and baking powder, and capped off the evening making Oreo mug cakes.

Each year we get an amazing group of individuals that come to work at camp. One of the best things about our counselors is that they all have unique passions, talents, and interests. This year we wanted to find a way to highlight their unique abilities by bringing back our “Clubs.” During one evening program night, counselors were each in charge of a certain club that showcases a different activity or talent they wanted to share with campers. We were blown away by the skills our staff came with. Campers had many different clubs to choose from each session, like drama, ultimate frisbee, dance, Lego building, sketching, Magic the Gathering, and even Cowboy club!

Every session we have a day set aside to celebrate some of our older traditions in anticipation for our 100 year anniversary in 2024. We call it Founder’s Day in honor of our founder Father John P. Foley. We ask campers to dress up in nicer or “fancier” clothing for a special dinner. We sit separated into boys and girls cabins, to mimic how campers sat in the 70s when girls first came to Foley. Dinner is followed by a Camp Talent Show, another historical tradition. We had many campers showcase amazing talents, like a piano performance from a camper studying to be a concert pianist, radical yo-yo tricks, gymnastic routines, hula hoop tricks, and even campers singing some original compositions. The whole camp would then head to the wabi to enjoy a historical presentation by Marie, our director, that shows some snapshots of Foley in the 1930s and how it has changed over the years. It’s a wonderful chance for all our campers to get a glimpse into the rich history of Camp Foley.