Alpha Games 2021- The Battle of the Foley Frontier! 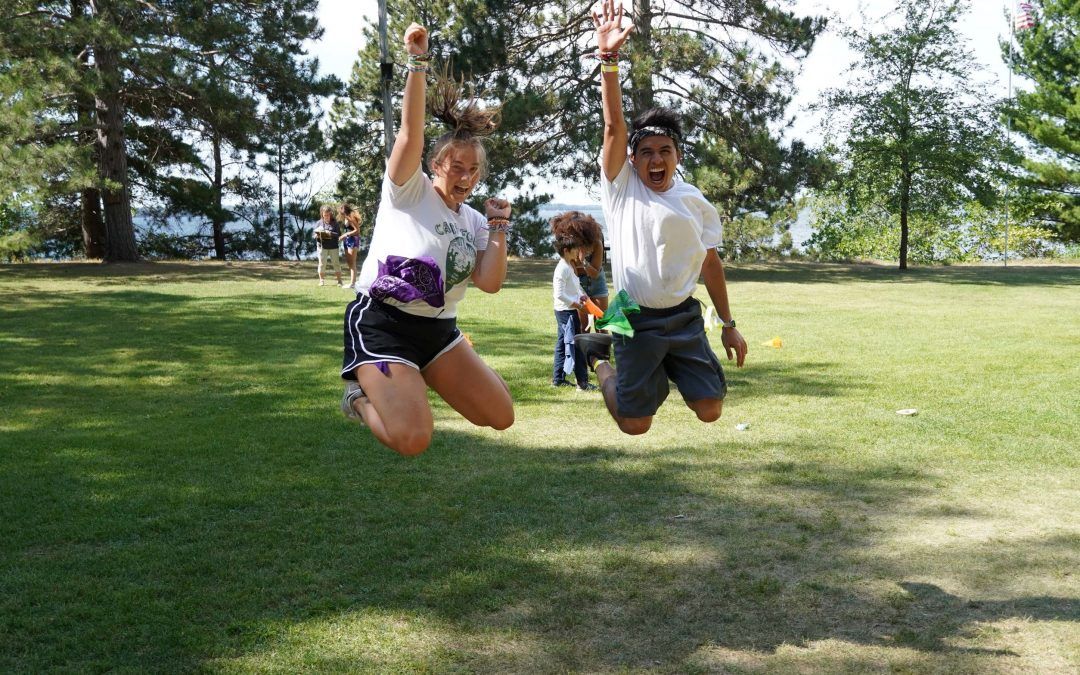 We had amazing competition on the last day of each session with our Alpha Games! In 2019, campers participated in a boat building competition and then raced their boats on Whitefish lake. We also got to have an all out color war on the soccer field, which I’m sure you have seen pictures of. This year alpha games was quite different…

We called it the Battle of the Foley Frontier! It was an all-camp game of Capture the Flag. But when we say all camp, we mean ALL CAMP. We

separated the camp into four teams and assigned each team a quadrant. The quadrants ranged from the girl’s side to the boy’s side, and from the Foley Fun Center to the Swim Dock. Almost every camper got to experience a Foley first of seeing the boys end or girls end of camp for the very first time!

We introduced different aspects of Alpha games throughout each session. We started with the Team introductions. This was a very fun night, where all the campers gathered right after dinner on Foley Green in cabin groups. They each sat in front of a cabin cone, a cone with their name on it that told which spot to sit on. Under each cone was a clue to where a puzzle piece was located. Each cabin was tasked with fining their puzzle piece and when the puzzle was completed, it revealed the team roster for Alpha Games. A special twist with Alpha Games teams is that this will be the campers team for the rest of their camping career! So campers will know exactly what colors to pack next summer!

The next Alpha Games event was the strategy night. This was an evening 2 or 3 days before the end of camp where the actual Alpha “Game” was revealed. The campers were told about the game of capture the flag and given some tasks to complete for the evening. They got to tour their team’s quadrant and come up with a team cheer and find hiding places for the 6 flags they have. They had this evening to prepare and strategize. The teams were lead by 2 counselors and multiple CITS (counselors in training).

The last day of camp was always filled with anticipation. The Alphas games started right after breakfast, campers were told to come dressed not in team colors but in white clothing, so that they could sneak in and out of other teams quadrants without being noticed by other campers. Camp was wild with action while the game went on and campers all wore bandanas on their sides tucked into shorts and pants, that when pulled meant they were out. Campers who got out were sent to that quadrant’s jail and could only be rescued by a fellow team mate. Campers were tasked with rescuing each other, finding flags, and defending flags. A special rule put into place affected our youngest campers. Our campers from 7-10 years old, called Foxes, were able

to be gotten out by other foxes. This made them immune to any other payers in the game, including coyote and wolf campers, and counselors.

Alpha Games was chaotic and exciting every session, and was so much fun to be a part of. The campers could heard talking about the great “outs” they got, or the last minute flag steals their team made for the whole rest of the day. I’m proud to announce our winners for the three sessions…

We can’t wait for next year. All our returning campers will have an established team and we will have a while new experience waiting for our campers.