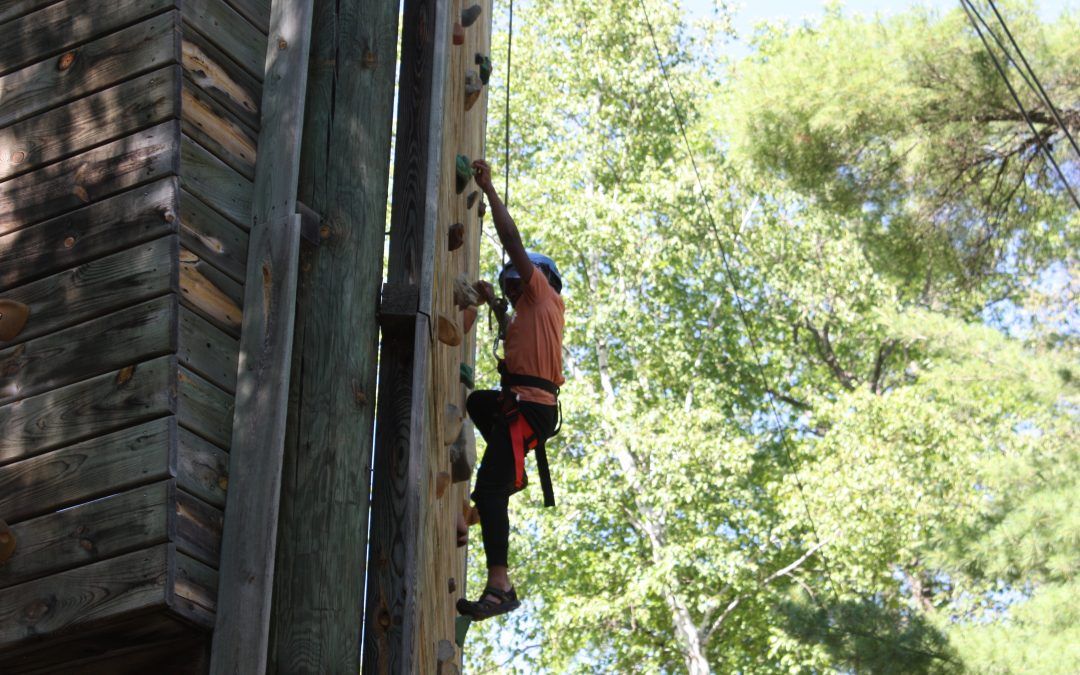 One perk of 3 weeks we kept highlighting earlier this year was the extra time at activities! In fact, campers gained a whole sign up in the 3 weeks, and a 4th day was added to two of the sign ups! Of course, when campers have more time for activities, it also means they have more time to earn awards! And boy did they! We had some very impressive awards earned this summer, check them out below…

The Rock Jock is the highest award in climbing, and considered one of the most difficult awards to achieve at camp. Campers have to be able to climb al four walls of the climbing wall without falling or stopping, and show that they know how to tie figure 8 and clove hitch knots. That would be impressive on its on own, but they must also climb all the way around the bouldering wall, using only the red holds on the wall. We had two campers achieve this and earn the Rock Jock, Sully Newlin and Abbott Neiman!

The Advanced Wakeboard award is the second highest award for Wakeboarding, and considering no one at camp has of yet gotten the Expert in Wakeboarding (the highest award) this is very impressive! To earn this award campers must jump and clear both wakes behind the ski boat, complete 180 degree bunny hop, 180 wake jump, and a wake grab. Not to mention a surface 360 move on a wakeboard! Camp Graham McPhee earned this award this summer!

The American Archer is the highest award in Archery. To earn this award campers are trying to score 100 points in 5 rounds of shooting. They have 6 arrows a round to shoot. May not sound too hard, until you learn campers have to shoot at a target that is 50 yards away! We had two campers earn this award, Robby McMahon and Ben Johnson!

The closet junkie is not technically a ribbon award here at Foley, but it is definitely an exciting prestigious award nonetheless. The Closet Junkie is a ski/wakeboard award campers can earn by riding everything Foley has to offer in the ski closet down at the Marina. This includes, trick skis, the zup board, barefooting, along with our normal skis and wakeboards. We had 18 campers achieve this award this summer, check them out below!

Congrats to everyone who earned these awards or any awards this summer at camp! We can’t wait to see what campers will accomplish next year!