The History of Camp Pets! 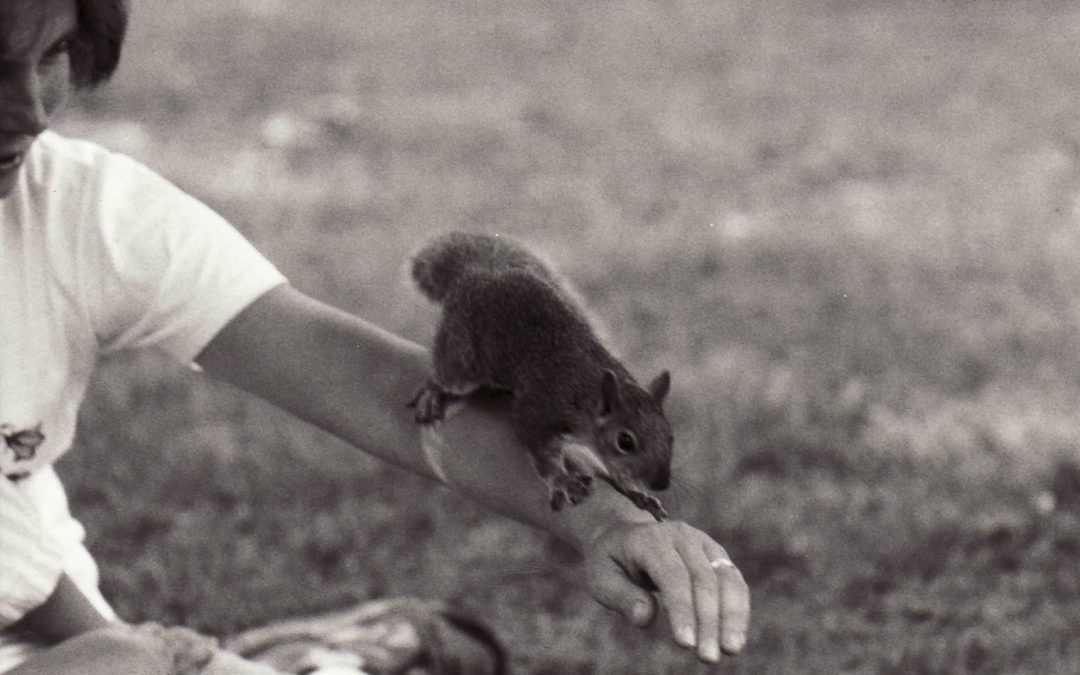 How much do you love camp’s dogs, Nike and Norm? I mean… they are playful, adorable and always provide some entertainment when they are around. Not surprisingly, Nike and Norm are not the first “camp pets.” We thought we’d go back

to the mid-70s and give you a little detail on the camp pets that we’ve had over the years.

In 1974, Tom Schmid (Marie’s brother) got a dog for Christmas, who was named Yogi, and a few summers later, Kayzak joined the crew to accompany Yogi. Both Yogi and Kayzak were beloved by the campers and staff.

Flash forward 20years and camp have a new creature roaming the

property – a fawn! Buckley the deer spent his first summer at Foley in 1996. Buckley was known to make appearances in the winter as local residents of Father Foley Drive have shared memories of Buckley following them around as they cross country skied on Whitefish Lake. Buckley spent a few years hanging around the area before moving on. It makes me wonder if there are any of Buckley’s descendants roaming the woods behind the soccer field.

Four-legged creatures aren’t the only kinds of pets the camp has. In the late 90s, Foley was home to two birds: Ka-Kaik, a Red-Tailed Hawk, and May-Goo, a Great Horned Owl. Both birds left in 1998, but for a few summers, they were quite exciting. They lived in cages outside the wheelhouse. I know some alumni remember sitting around them for bird shows. What a fun learning experience! We also had a Boa Constrictor in 2000, named Taz! I wonder if he lived in the Nature Center with the other snakes?

Apparently, we had some new four-legged friends in the late 1990s and early 2000s. While doing some research I found the following quote, “Sheep enclosure – Baaaaad idea.” Not quite sure what to make of that but I’m sure if you ask Marie she’ll give you the scoop! A few other creatures that you may not have expected to see at camp: Smiley, the alligator, and Stella, the hedgehog.

Of course, there are the old standbys that you can always expect to see at camp: all of the snakes inside the Nature Center along with some turtles in the enclosure outside. Hopefully, the new Painted Turtle and Snapping Turtle, Muncher, and Bowser, live a long and happy life at Camp Foley, or the surrounding area, just like Woody the Wood Turtle, who passed away in 2007.

Last but certainly not least we have Nike and Norm our current camp dogs! They are a vital part of the Foley Community!

What do you think about all of the camp pets Foley has had? Do you remember any other camp pets? One thing is for sure – I am willing to bet that the next 35 years will bring a variety of new animals to camp, even if they only stay a short time!