G is for Grit 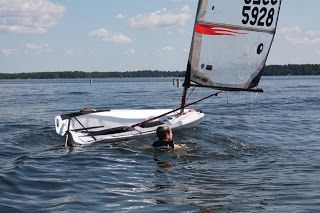 Grit is a very special word here at Foley, and it carries very special meaning as well. We see grit as the ultimate prize to be earned during a child’s time at camp; while ribbon awards are symbols of achievement in activities, grit is the trophy received when campers gain the confidence to get up when they fall, push back against their fears, and view failure as motivational.

When we say that campers grow at Foley, we mean it.  The camp is fun but not easy, and campers come to recognize that they have better experiences when they face the possibility of failure not with fear, but with the expectation that they will overcome it and grow from it. As a result, the kids know that the goal of the camp is not to be the best at every activity, but rather to be better than they were before they arrived. Developing grit is both the cause and the outcome of that improvement.
When we see our campers and staff displaying grit at Foley, we feel that we have achieved one of our highest goals. Every child has the potential to grow grit, and they carry it with them when they leave to apply to any situation they may encounter.