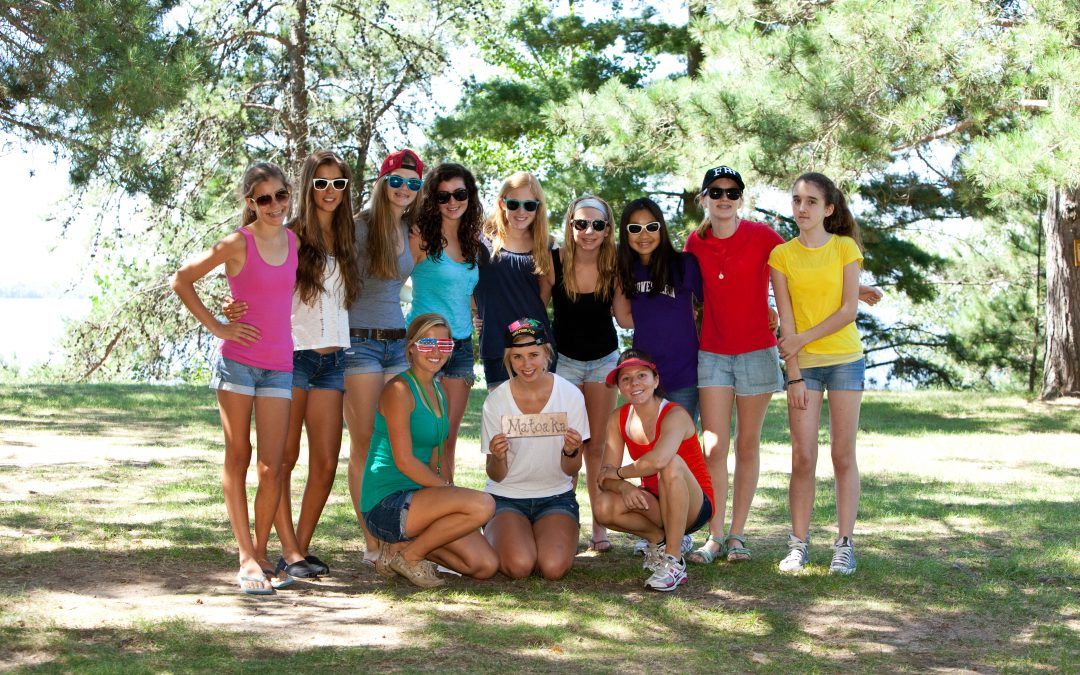 For this Throwback Thursday post, I reached out to some of the 2012 Octos. I asked them to answer two questions: What was your favorite part about being an Octo, and what did you learn from the experience? But first… let’s get some facts about the Octo program. I asked Alli to give me the lowdown on the Octo program, and here is what she said:

When did it start? 2010 as the final step in the Foley leadership program.
What is it? “It is a two-week volunteer program where participants live in a cabin of younger campers and during the daytime, help in the kitchen, and serve as assistants at specific activities.”
Why the name? “The ‘Octo’ name comes from the similarities between the program and the ocean creature of the same name. Octopus are known for their ability to be flexible, blend in with their surroundings, squeeze unnoticed into the small spaces of the ocean, and for their eight arms, each with the ability to juggle different things. The most important characteristic of an octopus is their dedication to their “kids.” … Just like their namesake, the Octo Interns are 100% dedicated to the younger campers, the overall camp program, and their development as a leader!”


Tate Spencer was a camper from 2002 to 2011 (ten years) during the second half of the summer. In 2012, Tate was an Octo during the Second Session in-cabin Kadigomeg.
“My favorite part about being an Octo was being able to essentially have the best of both worlds. I was able to be a counselor while still being able to take all the activities I love such as wakeboarding.”
“I don’t think it is possible to answer this question in a few sentences. I learned far too much while I was an Octo, but I think the most important thing I learned was how to stay positive. There are a lot of responsibilities that Octos have and it is very easy to let them stress you out and get the better of you. But I learned how to truly enjoy everything I did there and keep a smile on my face every day.”

Melissa Ferrie was a camper during the Third Session for eight years and Third and Fourth for two years from 2002 to 2011. In 2012, Melissa was an Octo during the Fourth Session in-cabin Matoaka.
“I loved getting the chance to get a staff perspective and learning from the other counselors, while still getting to go sailing during my free hours. I also loved assisting activities and working with the campers every day. The kitchen work was hard, but it definitely paid off in the end.”
“As an Octo, I learned a lot about all of the little pieces that work together to make camp great. I felt so supported as an Octo. I also learned the real value of hard work and teamwork, and how much difference a positive attitude can make.”

Stephen Davis came to camp in 2004 and spent eight summers during the Third and Fourth Session at camp. In 2012, Stephen was an Octo during the Fourth Session in-cabin Kildare.
“[My favorite part of being an Octo was] just getting to chill with my cabin! My Kildare kids were awesome! They were so much fun to be with!”
“[I learned about having] more responsibility – not making sure I was having a good time but instead that everyone else was.”

Do you one day hope to be a part of the Octo Program? What would you be most excited about? Share your thoughts and memories with us for a TBT post in the comments or at Fun@CampFoley.com!