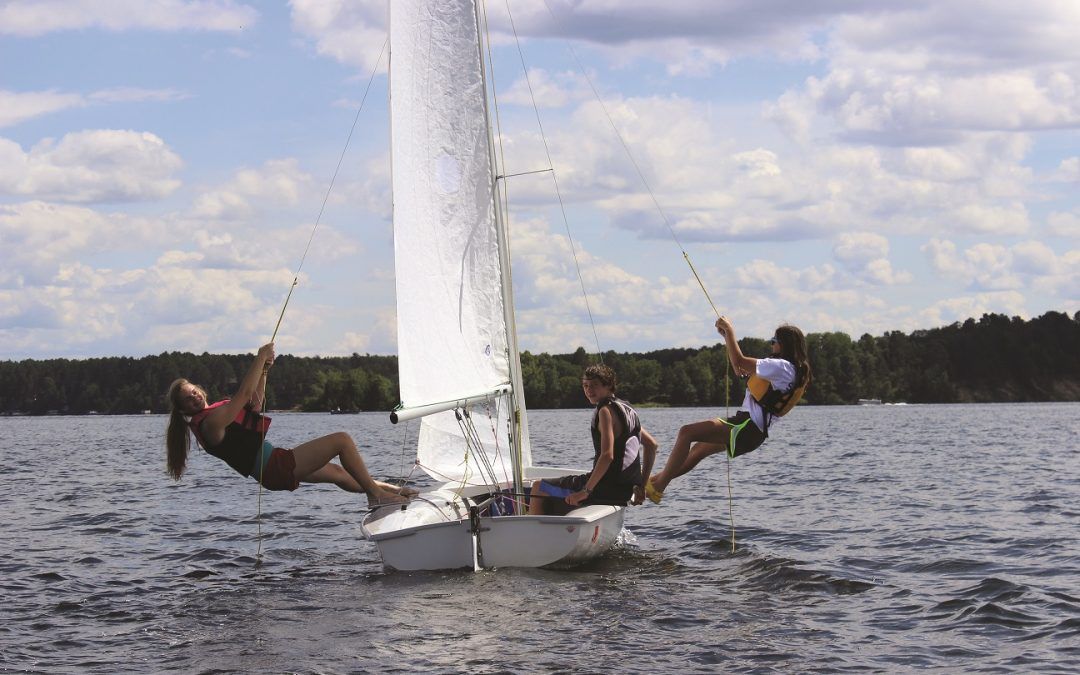 Who doesn’t love a good sail around Whitefish Lake on a warm Minnesota summer afternoon? As one of Foley’s oldest activities, and certainly most popular, we decided to dig a little deeper into the sport of Sailing and what it’s all about.

Sailing has been a very important part of the development of civilization. It allowed people to travel over water for trade, transport, and warfare. Advances in technology and intellect in the Middle Ages helped develop better sails, masts, rigging, and navigation equipment. From the 15th century onward, European ships took a serious interest in exploration and ships went further and stayed out longer in the hopes of finding new lands. We all know what happened in 1492 when Columbus sailed the ocean blue, and the rest, as they say, is history!

US Sailing was originally organized under the North American Yacht Racing Union in the late 1800s. According to US Sailing’s website, “The organization’s original purpose was to encourage and promote yacht racing and to unify the racing and rating rules in the United States and Canada throughout the yachting world.” (Foley has been running its program after US Sailing since 1996!) In 1900 Sailing made its debut at the Olympic Games in Paris, and, besides St. Louis in 1904, has been featured in every Summer Olympics since. There are two types of races held at the Olympics: Fleet Races – three or more competitors racing against each other and Match Races – two competitors racing head-to-head.

So, when exactly did Sailing come to Foley? The exact year is unknown, but the earliest boats we have on record were purchased in 1946. Over the years, many different kinds of boats have sailed at the Foley Marina including X boats, C Scows, E Scows, Catamarans, 470s, Sunfish, 420s, Optis, Mangos Catalinas, and JYs. Sail Racing has always been the primary focus of Foley’s Sailing program, but Sailing “just for fun,” Sail Rides and beginner Sailing classes have also been offered. Currently, Sailing is offered to everyone, even those who haven’t passed the swim test.

There are three Sailing awards offered at Camp Foley, the Seaman, Mate, and Skipper. For those of you that are unfamiliar with Foley’s Sailing program, the three awards test the same skills but at a different wind speed: Seaman – 5-9 MPH, Mate – 10-15 MPH, and Skipper – 16+ MPH.

The Skipper is one of Foley’s most prestigious activity awards, not only because of the physical skill necessary for completing the sailing portions but also because of the knowledge a camper must-have of the sport itself. A camper must be able to tie required knots as well as pass a written test. In the past five years, Camp Foley has only handed out 15 Skippers. 2012: Jack Cunningham, Regina Flores, Sarah Kruemplestaedter. 2011: Melissa Ferrie, Sarah Gibbs, Jack Munkeby. 2010: Claire Castaneda, Emily Sciortino. 2009: Stephen Davis, Courtney Kronschnabel, Madeleine Loosbrock, Cole Spencer. 2008: Kylie Beltz, Tali Driessen, Coco Fritzlen.

Have you ever tried Sailing at Camp Foley? What’s your favorite part about Sailing? Share your comments below! Do you have a suggestion for the next featured activity? Let us know at Fun@CampFoley.com.