Sailing in the 70s with Rob Kugler 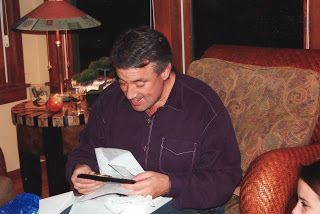 This TBT is a little different than what you’re probably used to seeing! For this week, we have a great story from a Camp Foley alum from the 70s. If you’re a Foley sailor, then this TBT is definitely for you!
Name: Rob Kugler

From: Hastings, MN
Years at Camp: 1974-78
The family that has attended Camp Foley: Father (Joe) in the 40s and two children (Logan and Taylor) in the Mid-Late 2000s.
Camp Memories: Canoe trips on the Pine River, early morning waterskiing with breakfast on the beach, sailing as a crew-member on the Checkmate, Capture the Flag, tetherball battles, and Bob Schmid’s (Marie’s father) fun gentleness.

We heard from Rob Kugler’s family in 2012 about tracking down an old Sailing Regatta Trophy that Rob won sometime in the 70s (they wanted to surprise him with it for his birthday). We were able to track down the actual trophy that Rob and his friend, Alberto, received for a Regatta they participated in on Whitefish Lake. As Sailing is one of Camp Foley’s most popular activities, we thought we’d have Rob recall the memory for us..

The regatta was a Whitefish Chain event that brought in sailors from all over the chain of lakes (Upper and Lower Whitefish, Cross and Rush).  I am not sure but I believe Camp Foley was the only camp that participated.  We had two entries, both in the small boat class.  Within that class there were 20-30 entrants, there was also a large boat class but I do not remember much about that category or who raced or prevailed.
I was assigned the “Johnson X” which at that point had a few years on her, was sturdy, and a bit on the heavy side.  It was a great boat in a heavy wind.  Unfortunately, the day dawned and it was a perfect Northern Minnesota summer day – soft blue sky, warm sun, and virtually no breeze.  Perfect day for waterskiing but not sailing!  I hoped that as the day warmed a breeze would pick up but as it stood in the morning it was clear that I could only bring one of my two crewmembers.  I cannot remember how we decided (maybe a coin flip?) but Ted Kronschnabel was left on the shore and I ventured out with my remaining crewmember Alberto.
I was very pessimistic as I reviewed our competition – tiny boats (Sunfish, Razor’s), light speedy boats (M-16’s), and a variety of boats from cabins around the lake all of which were smaller and lighter than the Johnson X.  At the start, we managed to hit the line at the horn but that was our last sniff of the lead.  As we strategized our tacks and executed our turns, we were passed by many of the smaller and lighter boats (many of whom seem to mock us as they went by).  I still recall the frustration of doing everything we could to squeeze a little more speed from the old gal but still losing ground to the other boats.  Finally, we crossed the finish line, not in the last but certainly far back in the pack.
A bit disheartened, we pulled up on the beach that served as race headquarters and got out of the Johnson X.  It was at this point that Tom Schmid (my counselor, sailing instructor, and race sensei) came up to us in a very excited state.  I supposed that he or another camp boat had done well.  Tom explained that despite where we had finished we had done very well and that the race employed a handicapping system that accounted for wind speed and boat weights to level the playing field regardless of the weather.  This was news to us!  He said we would need to wait around for the final race results announcement to see but he thought we might have snuck in with a “place” which would have made us very happy.
Finally, the results were tabulated and the lead Regatta committee member began to read the small boat class results.  He started with the third-place finisher and to our disappointment, it was not the Johnson X.  Disappointed we shrugged at each other but we felt better knowing that Tom had thought we had done well.  The Second Place was announced and then came the first place announcement.  When the name the “Johnson X” was announced I remember being stunned for a few seconds then jumping and embracing Alberto and then being told that I had to go accept the First Place trophy which I gladly did in front of a group of our competing sailors, family members, and friends.
I will never forget that moment, the sun, the lake, the sand, and the good-natured applause from everyone on the beach.  That evening when we got back to Camp we had dinner under the pines outside the Dining Room and I was asked to get up and make and say a few words on the big victory for our Camp and the Johnson X.  When I was done everyone clapped and cheered again – another very big moment!
Over the years I have thought about that day many times and what it meant to a seventh-grade kid to have success like that!  My family has heard this story many times – although I am not sure they believed it until they saw the Trophy!   I believe moments like that and the lessons learned from those moments help build a foundation that in some small way helps direct a life.   This is just one of the many reasons that I sent my son Logan and my daughter Taylor to Camp Foley.

Do you, or does anyone you know, have any stories from the camp that you’d like to share for Throwback Thursday? We’d love to hear from you! Just send an email to Fun@CampFoley.com. For other fun memories from the 70s, check out the old newsletters on the Foley website.

Thanks to Rob Kugler for sharing such an awesome memory with the Foley community!