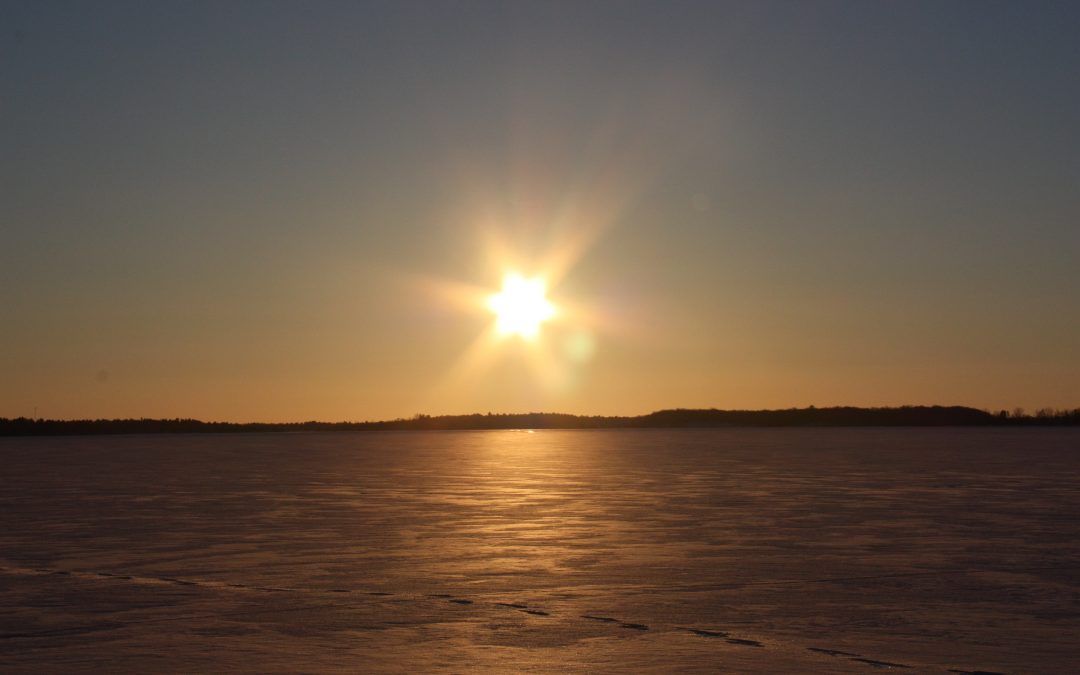 Sometimes, we consider the lake to be a “creature” of its own as there always seems to be something cool happening with it, especially in the winter. Whitefish Lake doesn’t get quite as much action in the winter as it does in the summer, but it does get some! There are currently a collection of ice houses, used for ice fishing on the lake, and there are other winter activities, such as cross country skiing or snowshoeing, that can take place in the winter as well.
Marie and Alli were recently out on the lake looking at the amazing ice heaving (or jacking) that has taken place and caused some ridges on our shoreline. We wanted to investigate what causes the ice on the lake to pile up on shore in such away.
First things first, why does the ice crack and separate? Usually, it is caused by wind or underwater currents. The wind can push the ice around, causing it to fracture and pile up in some areas or pull away from the shore in other areas. Temperature can also play a part in the ice cracking. As the temperature rises and falls, the ice sheet contracts at different rates at the top and bottom of the ice sheet – the rate is especially different when there is limited snowfall and thus little insulation on the ice sheet. Often, ice cracking can be heard by those near it, such as ice fishers or cross country skiers.
After the ice is cracked, the now separated ice sheets can be pushed toward or away from the shore by the wind, causing it to pile up and form the ice ridges. Apparently, very little wind is needed to actually cause the ice to drift. The ridges can also be formed by the expansion of the ice due to cracking. When the water rises in the cracks and freezes, the ice sheet expands slightly. As the temperature fluctuates, the ice will continue to expand and thus push against the shore.
It creates quite an interesting sight, but sometimes these ice ridges can cause serious damage to property as the ice pushes soil and rock into mounds on the shoreline. But don’t worry, the Marina and Swimdock both seem to be handling the ice just fine!
Are there any fun winter weather things happening in your area? We know the east coast got hit with a huge winter storm last weekend. Here at camp, we got eight to ten inches of snow. Forget outside sweep, we had a lot of outside shovels and plow to do this Monday morning at camp! Whatever the weather is like in your area, we hope you’re enjoying your winter months!