The History of Fencing 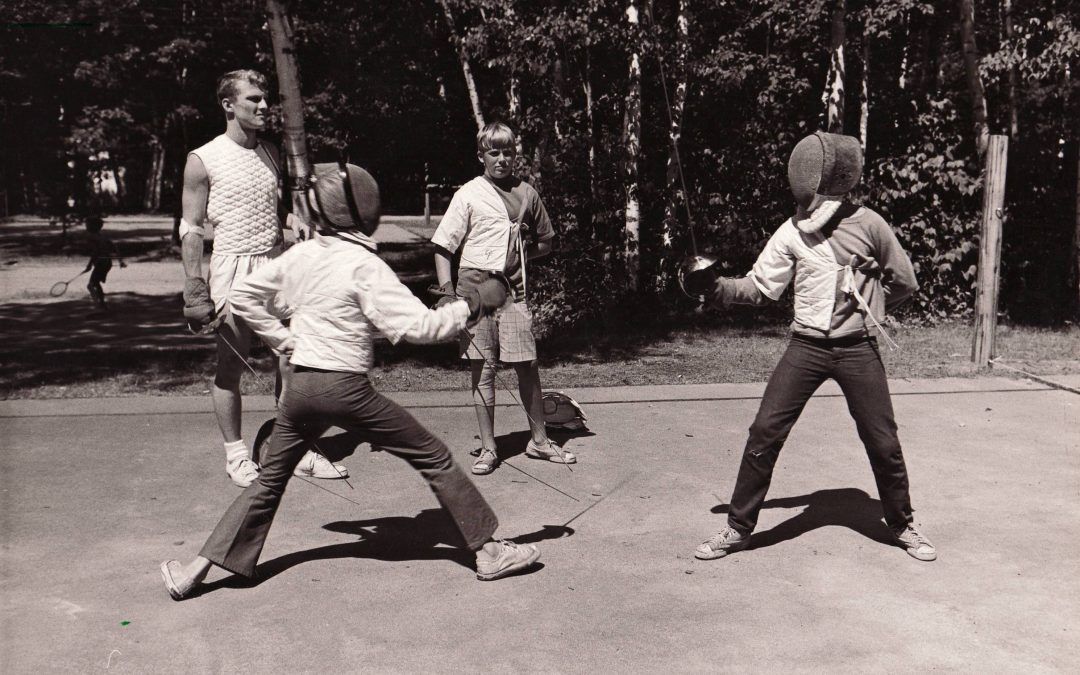 We are continuing with our History blogs, and this week we are taking a look at the History of Fencing! Fencing has been an activity at Camp Foley since 1959. It doesn’t go as far back as something like Canoeing or the Swim Dock, but it is a favorite of many campers. Many campers try Fencing for the first time here at Camp! The pictures of our old fencing classes are totally awesome and sometime hilarious. Check them all out below….

In 1959, Fencing is introduced at Camp Foley by Rivers Patout with 2 sabres and 2 masks.

In 1961, with the donation of used fencing equipment from the Notre Dame fencing coach, Walter Langford, fencing program really takes off!! We were very lucky to have this equipment, and this is when fencing classes really started in earnest.

In 1970, new fencing equipment is purchased. In that same year the Foley Library moves to Foley Hall and the fencing program occupies the old library quarters. This was the room over by the climbing wall that is actually now our special canteen Camp Store.

Nothing new happens for the fencing program in the 80s, and in fact the activity takes a bit of a decline in sign up. But the campers definitely came to camp and did some dueling!

In 1994, fencing is back with full force! In 1999, the Novice Fencing award is introduced and there are officially 3 possible ribbon awards for fencing now.

New fencing equipment purchased in 2005, updating some more of the old fashioned equipment from the 80s and 90s.

We are almost to the end of the timeline! In 2013, Camp Foley purchases new fencing jackets and in 2015, we purchased new gloves and helmets.

And now we have arrived at the present, and the modern day of fencing at Camp Foley. We are exciting to bring more fencing to our campers this summer!