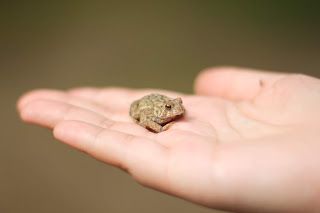 This month we get an extra day! Every leap year features an extra day added to the end of February, giving February 29 days instead of the usual 28. This bonus day happens because it actually takes the earth 365.25 days to rotate around the sun. To compensate for this extra time, an extra day needs to be added approximately every four years.

But enough about math, let’s get to the frogs!

Frogs are a huge part of the ecosystem in northern Minnesota where Camp Foley is located. We have gone on many a frog hunt around our grounds and a frog is a requirement for our “Nature Hall of Fame” award where campers must catch and identify 5 specific animals found around camp. Here are 3 cool frog facts to impress all your peers on our extra day in 2020!

1. Wood frogs make their own anti-freeze?

The wood frog can endure temperatures as low as 23 °F for several weeks, with 65‒70% of its body turning to ice during that time. The wood frog protects the remaining fluids in its body by increasing the concentration of glucose in its body, essentially creating a natural protective antifreeze.

The smell a mink frog gives off is a lot like the stench of a rotten onion! The frogs do this to seem much less tasty to other animals, and its very likely you will smell these guys long before you see them. It spends much of its time in water that have lots of water lilies. The mink frog uses the lily
pads as a means of escape from predators.

3. Bullfrogs are Illegal?
That’s right! In Minnesota it is illegal to buy or sell a bullfrog unless you have a DNR (department of natural resources) permit! Or… if you’re going to use it for bait in fishing. Because this law is not well

known bullfrogs have actually become an invasive species up around northern Minnesota. Bullfrogs eat almost anything they can fit into their mouths, including insects, mice, and other FROGS! With their appetites so large and their number of predators so small, scientists think they may be having a negative impact on the ecosystem in Minnesota.

Check out this website for lots more Minnesota frog facts! Enjoy your extra day on February 29th, and maybe play a game of leap frog to celebrate. The record to beat is 1,348 people leap frogging at once! And that’s an extra leap frog fact in honor of our extra leap year day… HAPPY LEAP YEAR