TBT: Wise Words from some Hall of Fame Staff Members 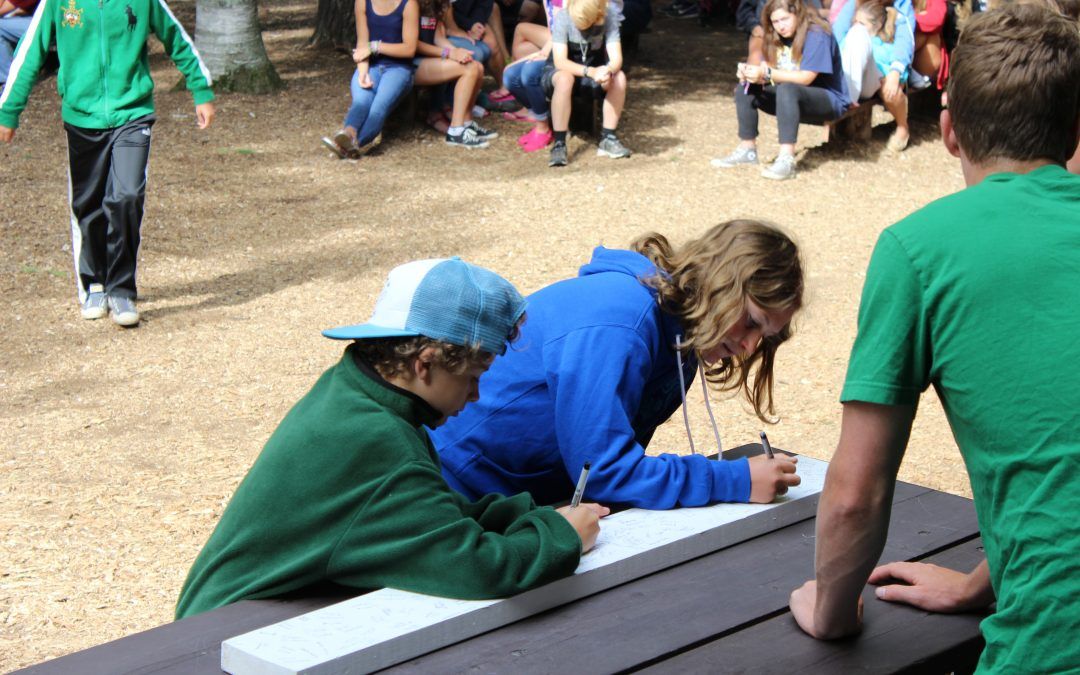 As I was working on a project, I realized how many 2013 staff members have been inducted into the Camp Foley Hall of Fame, meaning they have been at camp for 10 or more summers. So, for this Throwback Thursday I thought I’d share a bit about what makes Camp Foley so special to them and why they have continued to come back. Maybe their wise words will be just the spark you need to write your five year essay? Or maybe it will just help you to realize how much the staff really loves Foley and why they are here for yet another year!

Kylie Beltz (inducted 2007) – written 2003, age 10: “I, and maybe you, have noticed that everywhere you look there are smiling faces of the campers. Friends are a huge part of Camp Foley.”

Ally Daily (inducted 2009) – written 2009, age 15: “There are some things in camp that are visible to everyone, but some things can only be seen by those that have experienced the magic of Foley.”

Courtney Kronschnabel (inducted 2009) – written 2004, age 11: “It means once I’m here, I never want to leave because of all the laughs, cries, falls, meals you’ve had, you don’t want to leave all the fun at Camp Foley.”

Claire Revord (inducted 2010) – written 2005, age 11: “When I stop and think about two simple words, Camp Foley, I realize that it isn’t just a camp. It’s a place where friendships grow, where memories are made, where laughs and smiles are shared.

Chris Revord (inducted 2010) – written 2006, age 12:“The thought of Camp Foley brings smiles to my face. It reminds me of so many incredible memories, and brings tears to my eyes.”

Peter Hughes (inducted 2010) – written in 2010, age 16: “When my hand goes down for the last time for taps, that beautiful chapter of my life will be dotted with its final period… With me I will take the friendships, the lessons, the memories, and the idea of how truly amazing life can be.”

Joe Dwyer (inducted 2012) – written 2007, age 13: “Ever since that first day a lot of things changed at camp around me like new campers, new counselors, and new activities. It’s all really awesome with all these new experiences, it’s like opening up presents during Christmas.”

Molly McGuire (inducted 2012) – written 2005, age 12: “Oh, another thing I can’t forget is expressing yourself. At camp you are free to be yourself and not pretend to be someone you’re not.”

Together, these counselors have almost 100 summers under their belt! That is outrageously cool and we couldn’t be more excited for them to be back sharing their love of Foley with all the campers.

What do you think makes Camp Foley so great?