Foley, Futbol and Friends of the Orphans 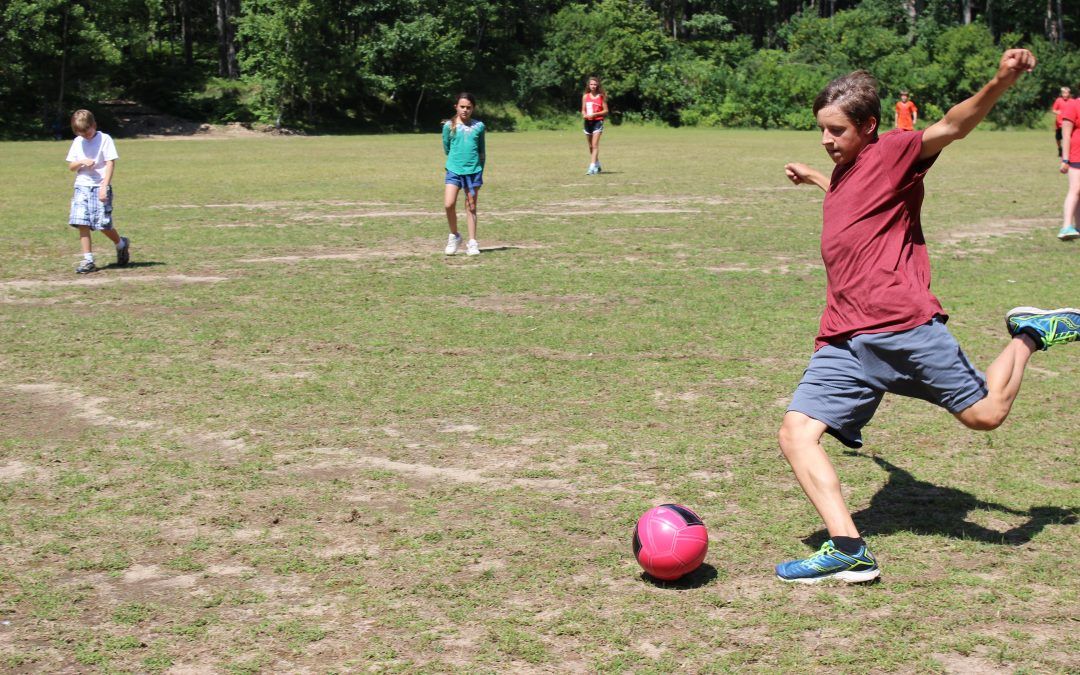 What is the number one most important piece of equipment around camp? It’s the one thing that gets used every day, rain or shine?  You can’t play GaGa, 4-Square, Tennis, Basketball, Volleyball, Soccer, Dodgeball, Bocce Ball, Croquet, Kickball and this year Spiekball and 9-Square without it. The answer: A ball.

Did you know there are literally millions of kids around the world that would cherish a ball with their lives… IF they could afford to own one?  It’s no coincidence that Soccer is the world’s sport as it is quite often the easiest thing for kids with little to no worldly possessions to play. Owning a soccer ball allows kids to be imaginative, practice teamwork, and problem solve, plus it gives them an outlet for aggression and a hobby to keep them out of trouble. This type of play is what makes camp so great. Often the staff, leadership members, and even the campers are making up games, coming up with new uses for equipment, and using their imagination to interact. Wouldn’t it be great if camp could provide kids across the world with the opportunity to do the same? Well, we are!
We are partnering with an organization a Foley Alum, Gaby Driessen, works for called Friends of the Orphans to donate soccer balls to children that live in orphanages in Latin America and the Caribbean. Through the One World Futbol Project, Foley families can donate a soccer ball directly to Friends of the Orphans. Gaby provided us with a bit of background information on the organization and what these soccer balls will mean to it:
READ ENOUGH AND JUST WANT TO DONATE? CLICK HERE!

Friends of the Orphans is a nonprofit organization that is dedicated to improving the lives of orphaned, abandoned and disadvantaged children through the support of Nuestros Pequeños Hermanos (NPH, Spanish for “Our Little Brothers and Sisters”) network of orphanages in Latin American and the Caribbean.  As the US branch of NPH, Friends of the Orphans raises both awareness and funds for the NPH homes located in nine Latin American and Caribbean countries.  Thanks to the generous support from our US supporters, the 3,800+ children of NPH are able to receive the basic needs that every child deserves – clothing, education, food, and most importantly, a loving family.   The key pillar of the NPH orphanages is that there is no adoption; the idea being that the children can be at ease, knowing that they will always live with their brothers and sisters.  In fact, all the children of NPH refer to each other as brothers and sisters – the children will tell you that they have over 3,000 siblings! Click here to donate a soccer ball to some of these children now.

The children practice year around, and ultimately they compete in the annual NPH Futbol Tournament.  In 2012, all the NPH teams met at NPH Nicaragua, where they competed for the 2012 title of best NPH futbol players.  Perhaps it was their home team advantage, or maybe they truly were the greatest players out there this year, but NPH Nicaragua boys and girls teams won the tournament and were named champions.

Gaby’s entire family (including Foley alum mom, Martha Lopez-Tolsa, and siblings, Tali and Alex) has been heavily involved with Friends of the Orphans and NPH for over 15 years.  Gaby and Alex had the opportunity to travel to NPH Guatemala last May, where they played futbol with several of the children.  The Driessen family has had the opportunity to see first hand how futbol gives the children of NPH the opportunity to learn the importance of being involved, being active, and being a team player.

Alli and Gaby along with fellow alum Maddi McCrea are heading to the orphanage in Guatemala in April and look forward to delivering some of the soccer balls at that time! Click here to assist Foley, the Driessens, and Friends of the Orphans in its mission to better the lives of children throughout the world!