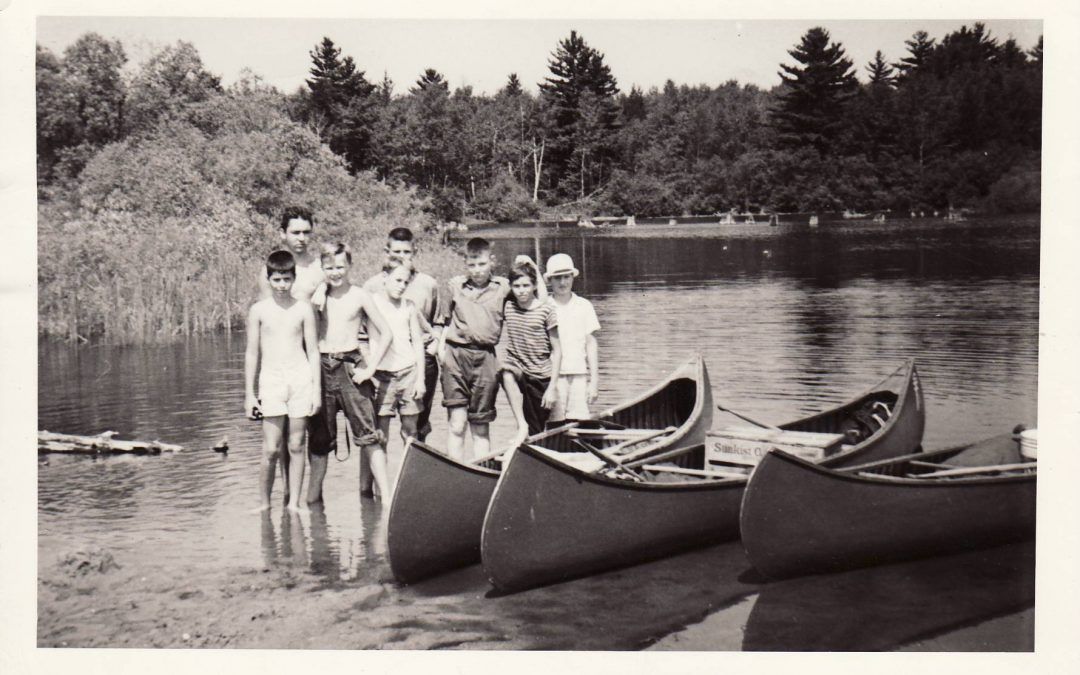 Perhaps one of the best ways to capture the serenity of any waterway in Northern Minnesota is by canoe.  The quietness of the canoe is what enables Camp Director Alli Faricy to snap all those cool pictures of the various camp critters.  Canoeing is also one of Marie Schmid’s, Director and Owner of Camp Foley, favorite pastimes.

Canoeing was one of the first activities to be offered at Camp Foley.  It may have even been the first!  This is hardly surprising considering canoes have been around for thousands of years.  However, contrary to popular belief, canoes were not first used by the Native Americans.  The first canoes were used by the various natives of the Caribbean Islands.  These canoes were actually large tree trunks that were dugout, hollowed, and shaped.  This is actually where the word canoe originated from.  The Caribbean natives called their vessels “kenu”, meaning dugout.
These “kenus” would look nothing like the canoes we have at camp today; however,  the canoes created by the North American Indians would look almost exactly the same as the camp canoes.  That’s because the design of these original canoes has remained virtually unchanged since their creation.
There is however one major difference in the materials that have been used to construct the canoe.  Today, canoes are largely made from aluminum or fiberglass and are welded together.  The original canoe was built with all-natural materials.  The ribs (just a fancy word for frame) of the canoe were made from branches, usually from a birch or pine tree.  The frame was held together with the root of white pine.  Once the frame was fully constructed the canoe was covered with layers of birch bark.
That’s right, birch bark!  Many of you probably remember using birch bark to help start campfires while out on various camp trips and were most likely told that birch is highly flammable because of its oily composition.  But this oil also makes birch bark very waterproof and quite durable.  Birch bark is also very lightweight which made it the perfect material to help a canoe quickly skim down streams and across lakes.  Birch bark is really a super product of nature!
Today the canoes at Camp Foley are made from aluminum.  Campers can sign up for Canoeing as an activity or go on a three-day canoe trip down the Crow Wing River.  Canoeing Instructors help guide campers through the Novice, Basic, and Advanced Canoeing Awards as set down by the American Canoe Association.  These awards teach campers everything about canoeing, from the basic strokes and usage of a canoe, to how to sail a canoe with just two paddles and a poncho!
So the next time you have the desire to enjoy the peace and quiet that the waterways of Northern Minnesota have to offer, sign up for Canoeing at camp, or better yet, go on a canoeing trip!
For a more in depth history of canoeing check this out.