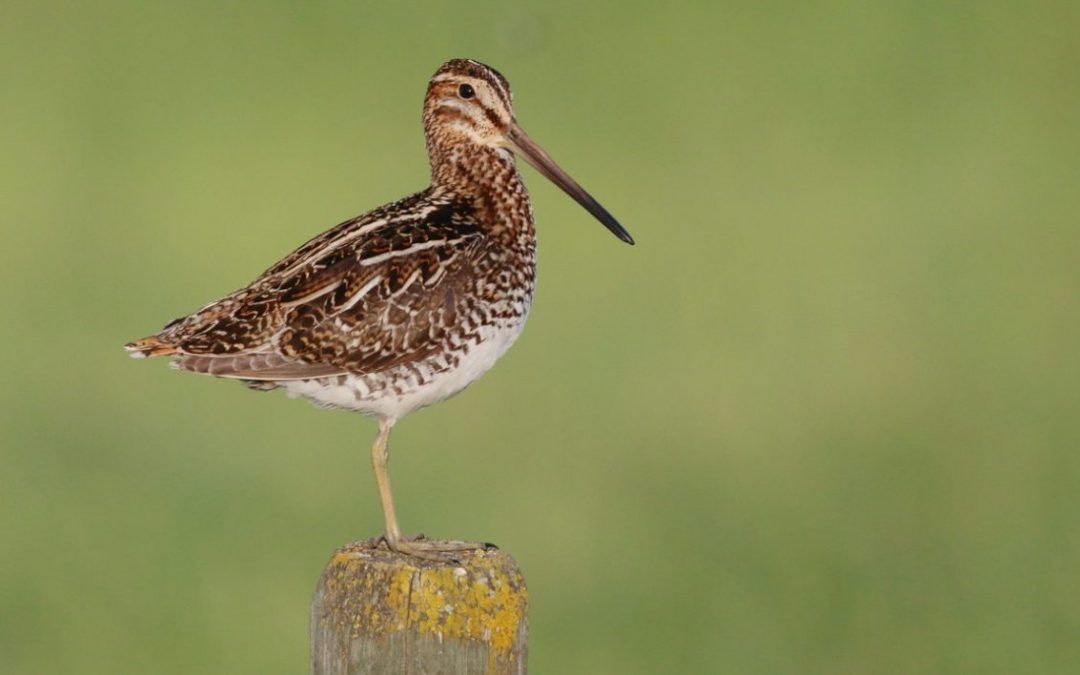 Is it possible to meld a Throwback Thursday and Camp Creature blog into one?  Well in this segment of the Rattlin’ Bog we are certainly going to try.  Who remembers going on a Snipe Hunt?  I would guess it is likely the “older” generation of campers that do.  Regardless, this mythical creature is the source of one of the greatest evening programs to ever take place at Camp Foley.
A Snipe Hunt, for those of you who have no clue what I’m talking about, goes something like this:  Young campers are told by their counselors to dress up in the crazy clothes they own and are promptly marched from their cabins.  Upon arriving in some obscure knoll of the Camp Foley woods, counselors animatedly tell their campers they are here to try and catch a snipe.  Old potato sacks are then handed to the kids and soon the woods are filled with the screams and laughter of campers and counselors as everyone attempts to call, and ultimately, catch a snipe.  However, very few groups are successful in even seeing a snipe, let alone catching one.  Those who are fortunate enough to have spotted a snipe give wide and varying descriptions of this creature.  This is because the snipe appears differently to every individual fortunate enough to behold this remarkable creature.
I am sure many of you are thinking to yourself, “But wait a minute… Snipe isn’t actually a real thing.”  But that my friends, is where you are wrong.

Meet Gallinago gallinago, the Common Snipe. This 6 to 8-ounce bird measures only about 10 total inches from end to end.  Even when including the snipe’s 2-inch bill!  The Common Snipe most closely resembles an ocean shorebird, such as a sandpiper.  The snipe has long legs and small, pointed wings to go along with its long bill.  Usually consisting of a striped grey-brown plumage, the snipe is most readily identified by its very erratic flight pattern, which is composed of many twists, dives, and turns.  It is these characteristics that give rise to the wide and varying descriptions of the snipe!
Like shorebirds, the Common Snipe spends most of its life on the ground.  Its preferred habitats include heavily wooded forests and wet meadows.  Instead of eating small oceanic creatures like the shorebird, snipe probe the wet earth for a variety of worms, grubs, and even insect larvae.  The primary feeding hours for the snipe occur at dawn and dusk.  This is why Snipe Hunts always occur during the evening program!  Additionally, snipe also roost and lay their eggs on ground level nests.  Snipe usually lay four very developed eggs, which hatch in only three weeks.
The Common Snipe is a migratory bird.  When the first frost begins to creep down into Minnesota, the Common Snipe begins its migration to the Southern states.   The snipe will spend the winter months there before returning to its summer home.
So the next time your counselors tell you and your cabinmates you’re going on a Snipe Hunt, don’t roll your eyes and claim there exists no such creature.  You may be asking, but why would anyone want to go through all of that work to catch a small bird?  Quite simply, Marie, the director of Camp Foley, loves Snipe Pie.  She has even been overheard saying she would pay a hefty sum of canteens to the first cabin to catch a snipe or two so she can make her beloved Snipe Pie!
For more information on the Common Snipe, visit the DNR website.