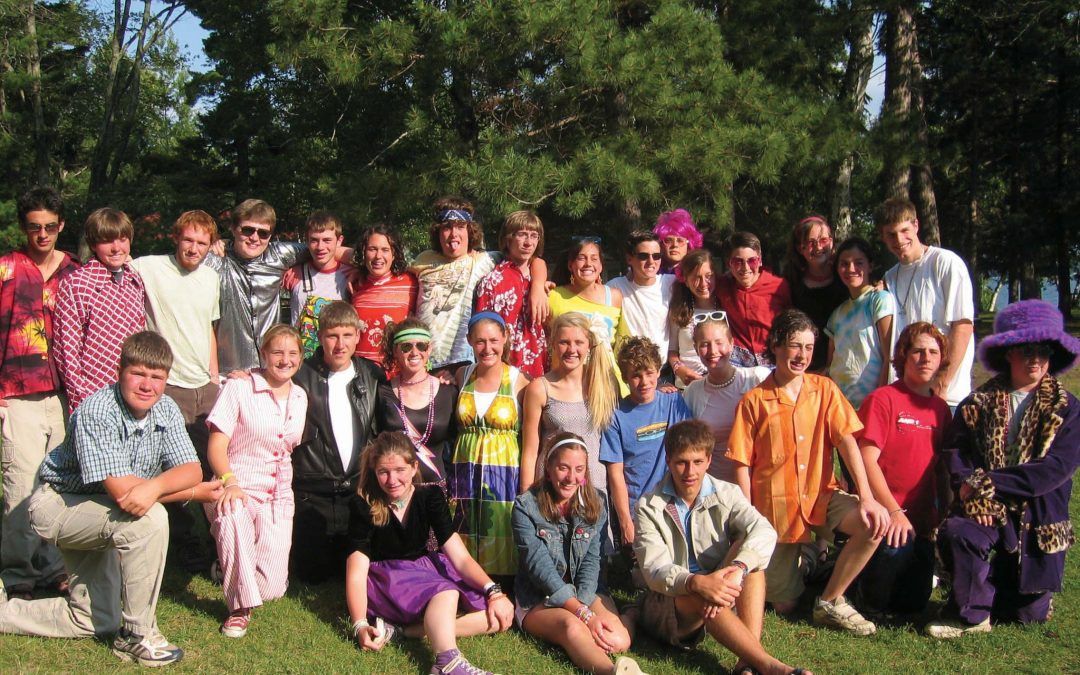 Did you know that Camp Foley tuns 90 in 2014? We’re already starting to plan Foley’s 90th birthday so it can be as big a success as its 80th birthday back in 2004. For this edition of Throwback Thursday, we are revisiting the summer of 2004.

The Great Umgawa Festival: This festival was a popular tradition in the 50s, 60s, and 70s. Campers would compete in swimming, sailing, and canoeing competitions. The 2004 version of the Great Umgawa Festival included greased watermelon games, tug-of-war, canoe fills, a one-mile swim across the lake, and a ski show.

Foley Follies: In 1967, it was written about Foley Follies that, “The acts, always varied and refreshing, included skits, singing and even poetry readings.” In 2004, the Foley community gathered to be entertained by the talents of our camp at Foley Follies.
Outdoor Movie: Movie night was a long-standing tradition at Foley. Starting in the 50s, a 16mm projector was set up on Saturdays in Foley Hall for campers to watch movies. In the 80s and 90s, Coyote campers would gather around a TV/VCR on the cement floor of the Wabi as Wolf campers gathered in Foley Hall. The Wolves movie night was a double feature with an intermission of pizza! After the construction of the new Dining Hall, movie night turned into cabin sleepovers in the loft. For the 80th anniversary, a new twist to movie night emerged. Campers and counselors found themselves bringing sleeping bags and pillows out to Foley Green for an outdoor theater under the stars, complete with popcorn!
Boxing: Believe it or not, 2004 also saw the return of the popular 50s and 60s activity, Boxing… with a twist! A ring was set up on Foley Green, and the new Foley Fun Center and campers wore oversized gloves to duke it out. It was quite a memorable experience. Campers also enjoyed cotton candy and played “Pillow Knockoff.”

Foley Fun Center: The Foley Fun Center was built for summer 2004. It included the Human Foosball court, badminton courts and giant tetherball. It was also in 2004 that the large 40x80–foot athletic court, complete with roof, was built.

Were you here in 2004 to partake in the 80th-anniversary fun? Do you want any of these events to take place during the 90th-anniversary summer? Let us know!