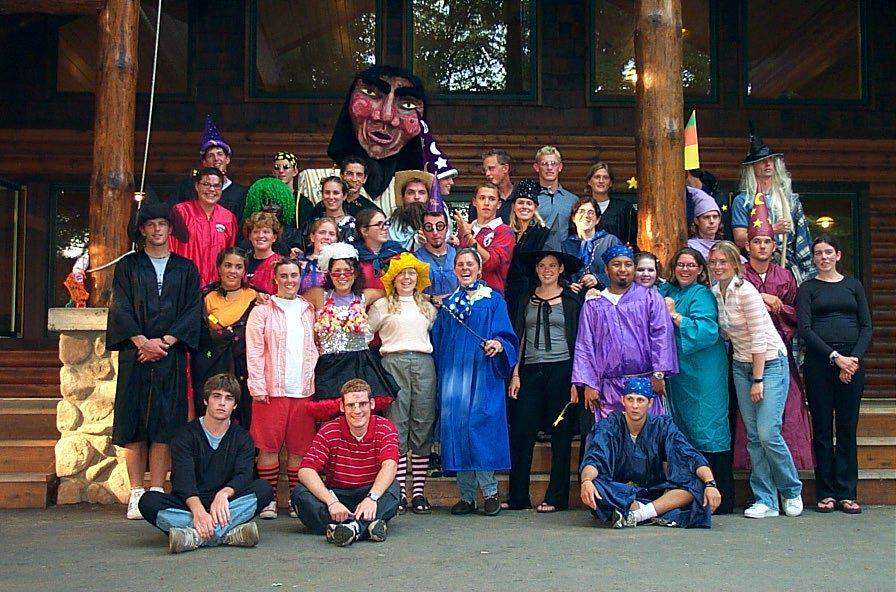 Melanie Pflug Anderson first came to Camp Foley at age 19 in 1997. She spent six summers at Foley in the late 1990s and early 2000s – three summers with the Ish-Yak girls and three summers as an Assistant Director. Most of her time was spent down at the Swimdock teaching Swimming, but she could also be found at Soccer and Tennis.

We reached out to Melanie to find out what was happening at Camp while she was here and what Camp Foley meant and continues to mean, to her.
What were your first few days or weeks like at Camp Foley?
I met two people that I still consider two of my dearest friends, even though we don’t see each other much – Emily Hofstede and KC Williams*. I fell in love with camp almost instantly. There was a lot of hard work, excitement, and anticipation about campers coming.
*You may recognize KC Williams West, who now helps out in the summer, and her son, the Chef, now attends camp!

In the years you worked at Foley, what were the new additions?
The climbing wall went up during my time at camp and the walls in the tennis courts were painted. However, of the things that I can remember, the most significant is the Dining Hall. The [old] Dining Hall was so small and dark and crowded. The re-building of that changed the campgrounds in an incredibly wonderful way!

What were some of the Banquet themes you remember?

Mardi Gras, one where they smoked a pig in the middle of the camp and Harry Potter. Harry Potter was the best during the time I was there. Alli created the game “Quidditch,” which the campers LOVED. There was root beer for dinner and [Bertie Bott’s Every Flavour Beans]. The teams were really into the whole day and the songs that were created to represent each team were so thought out and GREAT! I mean, it was so exciting and everyone was so into it. That was one of the most fun days that I ever remember at camp.
How did Camp Foley change you as a person?
Camp made me who I am. It gave me leadership skills, confidence in myself and so many skills in working with people. I didn’t experience camp when I was a kid and after my time at camp, I will do whatever it takes to give my kids that experience. It changed me in the best ways imaginable.
If you could give one piece of advice to current Camp Foley campers, what would it be?

Experience as many activities as you can fit into your time [at Camp], even if you aren’t sure that you will like it. Be open to making friends with people that you may not have considered being friends with at school, you will be amazed how much better your life is because of this. Be open-minded and HAVE FUN!

Also: A big Camp Foley Happy Birthday to Melanie whose birthday was on Monday! Everybody… sing it with us!!
Happy Happy Birthday, to every girl and boy…