Crafts has a new home… 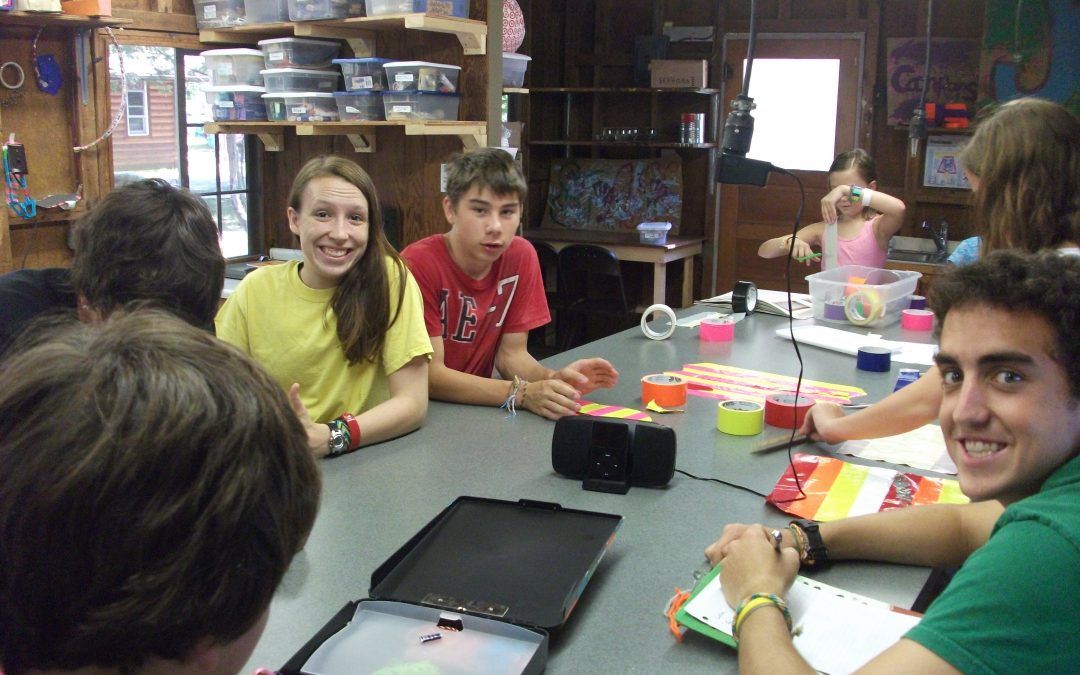 If you follow the blog and remember what I blogged about the last time I signed in, well this is Part 2!

Okay, so now that the shop class is moved into its new building we now can start the revamping process to give Crafts their own home! Crafts will never have to move, well maybe at least not for a while. I am sure I was not as excited as the campers, but I was excited…

So the first step was to, BOOM, get rid of everything in there. Okay, we did not get rid of everything, but most things. We took out both old-school countertops/workbenches running along the sides of the building. We also took out the old sink that was in there to make way for a new one! Whoop.

The supplies for this revamp showed Foley’s true recycling capabilities. The new Countertops we used for the project came from Alli’s house, Marie’s house, and pieces from an old cabin. The frames for the countertops were made specifically for the room itself, making storage and use of mediums easier.

Another major contribution to this new crafts building was the use of the cabinet frames for the main center island and the sink vanity. They fit perfectly and made the transition very smooth, and gave the crafts room its’ own personality. It took some time and elbow grease but it came out awesome! The setup/arrangement of the Crafts building works perfectly for the activity. It became a place not only the campers liked to do Crafts, it became the headquarters for the staff to create the fun and entertaining props for end of session banquets and grand central name tag station as well.

I know that this newly updated will bring the Crafts program a much needed ‘home’ for a long time to come. I had fun throwing on the old tool belt for this build, and I am glad that it is enjoyed by all!