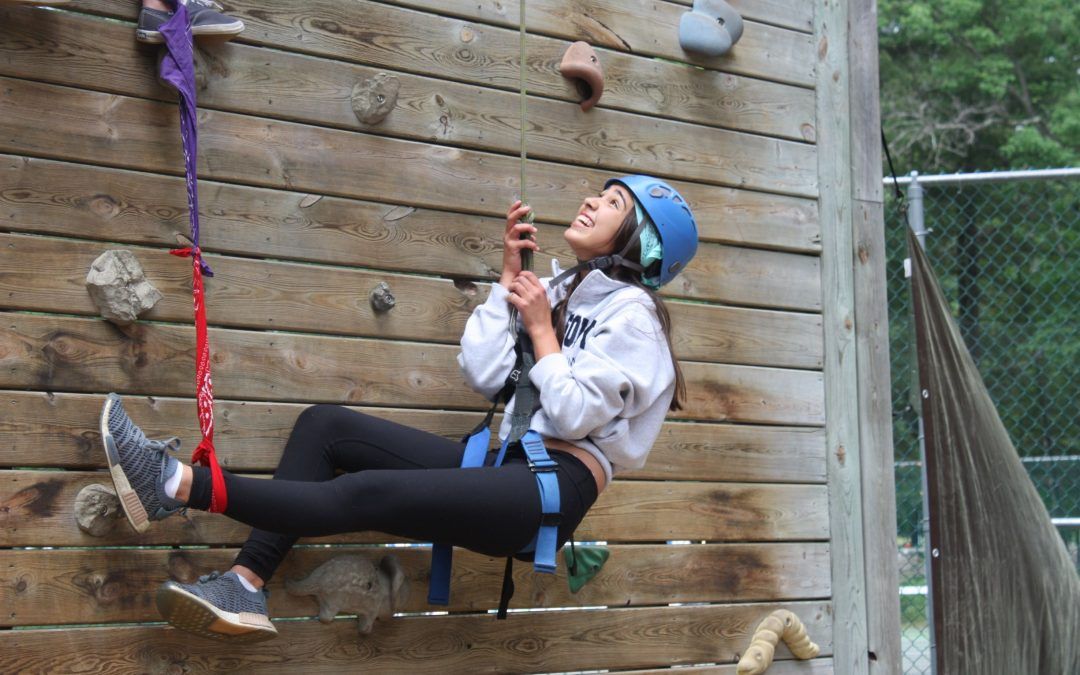 It’s time for another activity spotlight! This week is all about climbing, a very popular activity here at camp.

Camp Foley has a two-sided, 38-foot tall climbing wall. The wall was built in 1999. There are three climbing routes on each side of the wall to challenge all levels of Foley climbers.

Campers learn climbing safety, how to put on proper equipment, and how to climb and belay while they are here.

Two awards are offered at Climbing: the Biner and Rock Jock.

The biner is the beginning award in climbing and involves camper having knowledge of the equipment used while climbing, knowing how to correctly belay other climbers, and they must
climb to the top of the wall twice without falling.

The Rock Jock is the highest award in climbing and is one of the hardest awards to achieve at Camp Foley.

You must first have achieved your biner award. Campers have to climb all four walls without resting, falling, or using the rope to climb to the top, among other things.

We also have a bouldering wall, added in 2002. This is a smaller wall with similar holds that does not require a harness to climb on. It is part of the Rock Jock award requirements, as campers trying to achieve the Rock Jock must complete an entire climb around the wall using only the orange holds available on the wall.

We teach climbing during the camp season in the summer and also offer climbing as an option for students who participate in Camp Foley’s outdoor education program.