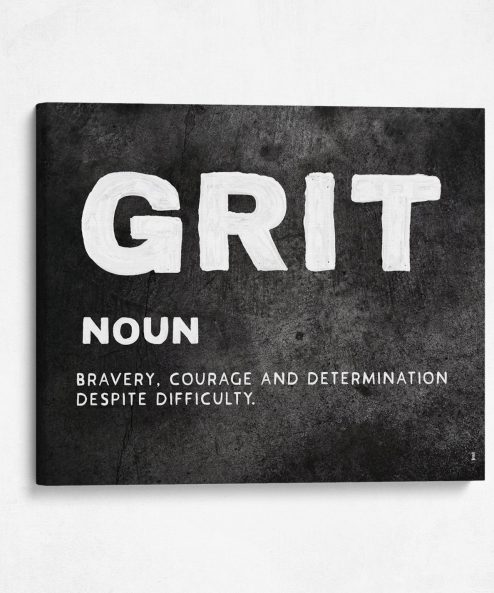 The American Camp Association (ACA) recently spoke with Paul Tough about his book, How Children Succeed: Grit, Curiosity, and the Hidden Power of Character. In the interview, he mentions a Psychologist at the University of Pennsylvania, Angela Duckworth, who has actually created a “Grit Test.” Are you gritty enough to find out your actual grit grade? (When you get to the page, click on “Get Your Grit Score.”) There is also an interview in the Washington Post with Michael Thompson, the author of Homesick and Happy: How Time Away From Parents Can Help a Child Grow. In the interview, he talks about the importance of resiliency, or “grit”: “You can’t know you’re resilient until your resilience is challenged. And resilience or grit is key because it’s what gets you through the hard times in life.” Alli, for the most recent newsletter, wrote an article about this exact idea and uses Tough’s book to to explain how it translates into what we try to do for our campers at Foley. Take a moment to read what she has to say if you haven’t already!

I would be willing to bet that most of our camp parents have attended parent-teacher conferences with some regularity. You have sat across the table from a variety of dedicated teachers that have offered advice on how to help your kids improve math, science, reading and writing skills. You have listened to accomplishments, goals and expectations. For some parents this can be an extremely rewarding conversation. One that makes you pat yourself on the back and say, “Yes, my kid is going to make it.” For others of you, this quarterly conversation can come with a lot of anxiety. Perhaps school isn’t going as well as you would like for your kid. You may be left scratching your head and saying, “What is my kid doing wrong?” What if there was something else on that report card? Something that you could work on without the use of books or chalk boards or overhead projector.
Paul Tough, author of How Children Succeed: Grit, Curiosity, and the Hidden Power of Character, suggests that schools should be doing just that (and don’t worry, some are). We should be offering kids a “character report card.” Parents, school officials, teachers and kids should be in a constant conversation about how well kids are learning to cope with adversity, make friends, work through problems and my favorite – exhibit grit. Mr. Tough argues that in order for kids to truly succeed in life they need to find safe ways to do what every parent (and anyone else who loves kids) find it hard to do – fail.
Mr. Tough writes, “For many of us, character refers to something innate and unchanging, a core set of attributes that define one’s very essence. [Researchers] Seligman and Peterson defined character in a different way: a set of abilities or strengths that are very much changeable — entirely malleable, in fact. They are skills you can learn; they are skills you can practice; and they are skills you can teach”.
I recently had the opportunity to see Paul Tough speak at the American Camp Association (ACA) annual conference in Dallas, TX and what struck me while listening to him talk was that camp is exactly the place that offers all of the things he is talking about. Plainly put our kids “fail” on a daily basis. They don’t win sailing races, they don’t quite get enough points for an award in archery, they disagree with a cabinmate and the event they plan for a group of younger kids is a complete disaster. Sometimes they go days, or even weeks, without earning a single award or accomplishing a tangible accolade.
I, not once, but twice have worked with a kid that has tried to get up on skis and/or wakeboards countless times with no success. (Don’t worry, the kids counted.) Two hundred times of thinking they are going to accomplish something and “failing.” Ninety times of having the “embarrassment” of falling, quite literally, on their face in front of a group of “accomplished” peers. But they tried. They tried very hard. And was there disappointment sometimes? Yes. Was there a feeling of “failure” on occasion? Of course. And not just for my poor skiers. All of the kids experience these feelings at some time.

So what made it all worthwhile? On the 97th and 211th try, the world stopped spinning. The water felt a little warmer and the sun shined a little brighter. And I’m serious. No kidding. The faces of those kids could have stopped an army. One of the kids got so excited she flung her arms in the air and let go. Her jubilance literally propelled her out of her skis. Shortest, successful run of skiing ever.
That grit, that determination, that ability to fail and fail and fail is exactly why we, “camp people,” do what we do. It may not be what we are supposed to tell the parents of our campers, but we love to see kids fail. So when the report cards from the school year are hung on the fridge and the bags are packed for camp, we ask you to turn your attention towards the other report card – the one that lists creativity, worldliness, kindness, teamwork and of course, grit.