We Dare You To Climb That! 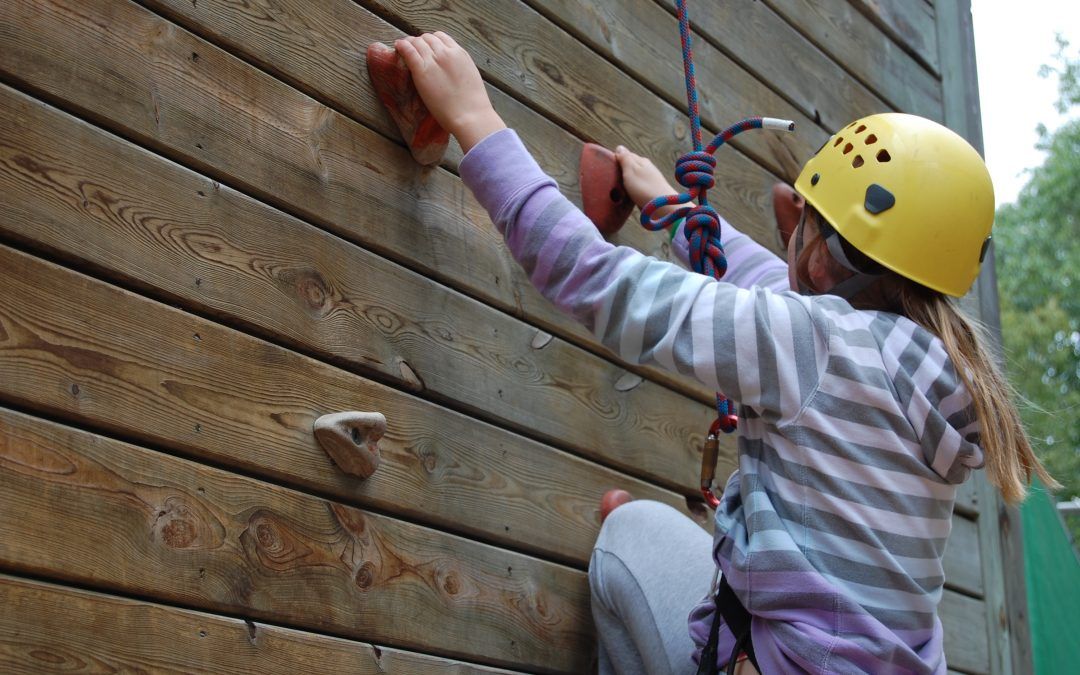 Ever looked at the side of a mountain or building and wondered if you could climb it?  Or what it would feel like to make it all the way to the top and check out the view?

These yearnings inspired the sport of rock climbing.  Rock climbing allows you to experience the adventure of scaling the face of a mountain cliff, in a safe, easily accessible location.  But rock climbing wasn’t always a sport.  For an early man, it was often an important means of travel or a way to escape dangerous predators!

In the 1920s, wealthy Englishmen began meeting regularly in the French Alps to practice a new activity they called “Mountaineering” (mountain climbing).  Some of the techniques they developed became the basics of modern rock climbing.
By the 1950s, rock climbing had become its own dedicated sport.  People were drawn to the thrill and challenge of climbing the face of a cliff by your own power, using ropes and other equipment only for safety, rather than pulling yourself up – a style that eventually became known as “free climbing.”
Climbing is never boring!  It teaches you to balance, confidence, patience, and rewards persistence and creativity.  Just don’t try it on your own!  Professional instruction and the proper safety gear are a must.

Start slow on our flat wall.  Once you’ve mastered that, try your skills on a more challenging route that features an incline or overhang!  Foley offers two skill level awards – the Biner and the Rock Jock.  Climb all the way to the top and ring the tower bell to let everyone know you made it!  The bell can be heard all over the camp.

In addition to being fun, climbing is a great way to stay in shape.  Some famous celebrities who rock climb for fun (and to stay fit) are Keira Knightly (Pirates of the Caribbean), Kristen Bell (“Gossip Girl”), and Tom Cruise.

Sound like fun?  Check these out to learn more:

OK, Foley Campers – sound off!  How many of you have tried our climbing wall?  Did you ring the bell?  Did you meet your personal goal?