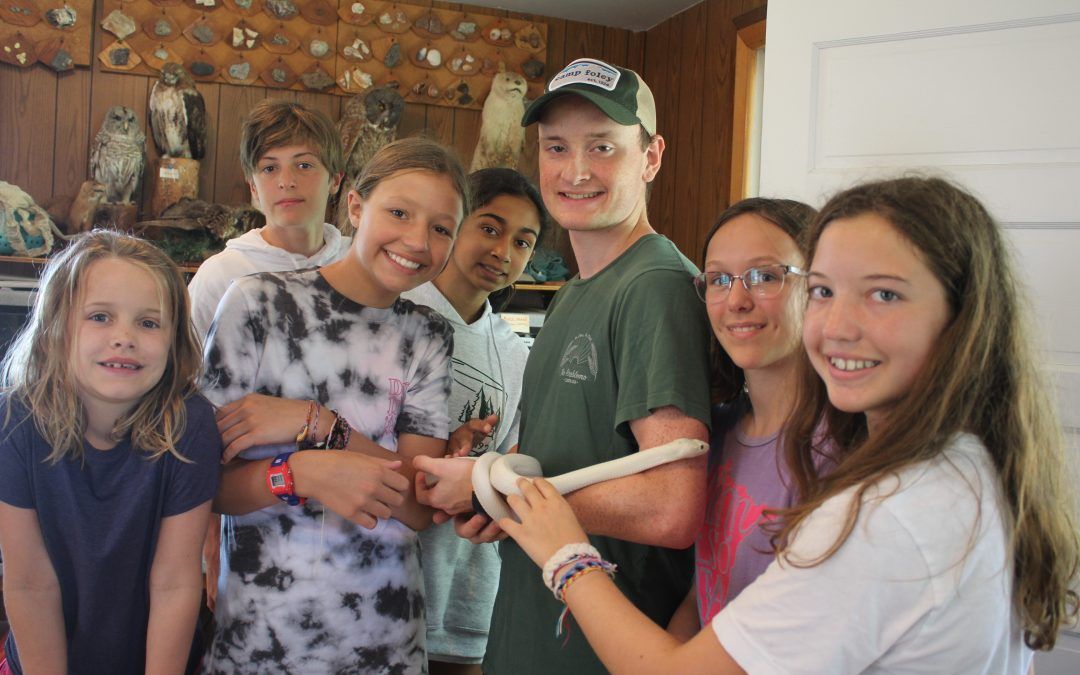 Happy St. Patrick’s Day! (Well Yesterday was St. Patrick’s Day But Whatever!) Time to don green clothes and lots of shamrocks and celebrate this fun Irish holiday. This day is named after the patron saint of Ireland Saint Patrick who was a bishop on the island during the fifth century.

My favorite myth about St. Patrick is that HE is the reason there are no snakes on the island in Ireland. The myth says that the snakes attacked St. Patrick during a 40 day fast he was undertaking on top of a hill,  and he  banished all the snakes, and chased them into the sea. As funny as that image may seem, the truth is there is actually no proof that snakes EVER lived in Ireland…

But you know where they do live????? HERE AT CAMP FOLEY! We would never want to banish them from camp, and in fact we love them! They are a favorite among campers and have been a staple of camp for over 20 years!

According to some of our snake expert counselors from 2019 Ace and Ryan, one of our most popular snakes is a Hognose snake, named “Hoggy”. She’s old enough to vote, clocking in at 19 years old. She uses her upturned nose to dig and burrow in her cage. Her scales mimic that of a rattlesnake and sometimes she will “rattle” trying to pretend to be a much more dangerous snake.

A hognose snake in the wild

Our two nature instructors  also say our gentlest snake is a black rat snake named Lucy. As you can see from her pictures she isn’t black though! She is something called “leucistic”, a condition in which there is partial loss of pigmentation in an animal causing white scales or fur. This is similar to an albino animal except leucistic animals do not have red eyes. Lucy loves to climb all over campers and be held.

Check out some pics of our campers with the camp snakes. And from everybody here at Camp Foley… HAPPY ST. PATRICK’S DAY!