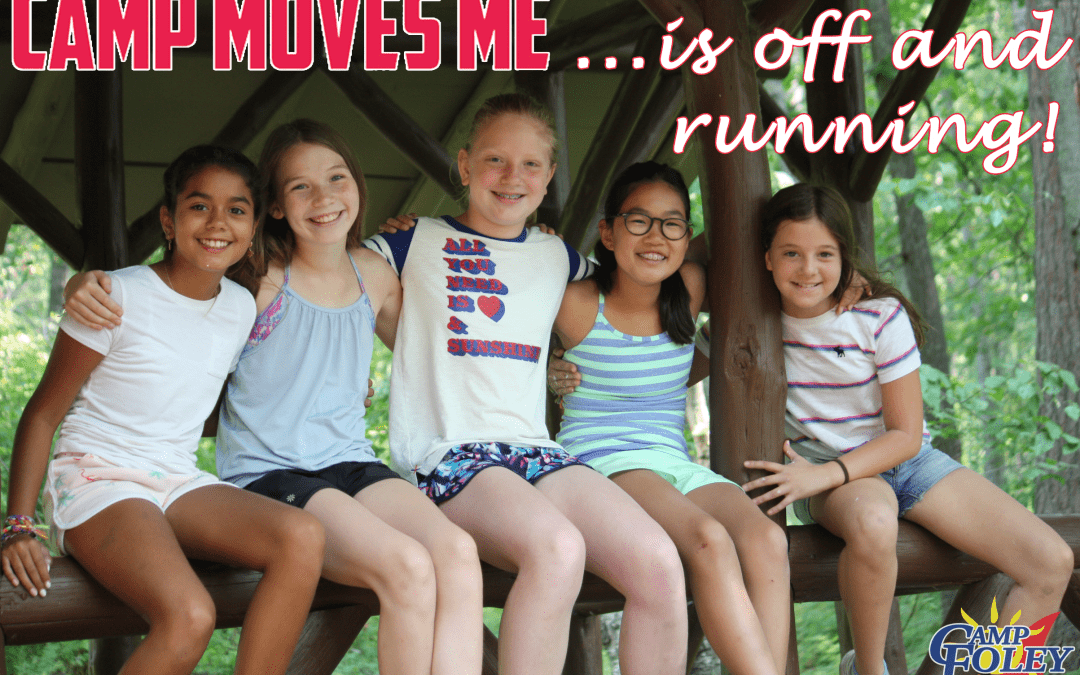 We have come to the end of October and that means an end to our fundraising campaign Camp Moves Me!

This year we raised $12,790 , which is so amazing!! We know this year has been anything but ordinary so to have this kind of response in a year that has been tough for everyone makes us feel so full of love. This money will go directly to helping send as many kids as possible to Camp Foley this summer who otherwise could not afford to come. After the year our campers have had, giving them a gift like this is so important.

This was my second year participating in Camp Moves Me, and last year I wrote a blog about how I started vlogging all my walks in the woods. This year I repeated the process, and felt i had a pretty good run of things. Did I mention we got 10 in ches of snow in the middle of the month?

I know why I wanted to raise Money for Camp Moves Me, I work here DUH! Along with working here, I too many great memories of Camp Foley and I feel pretty passionate about getting as many kids to come to camp as I can,

So this year to wrap up Camp Moves Me, I wanted to reach out to some other participants and ask them why the decided to help Camp and participate in Camp Moves Me…

“Foley has helped shaped me to be the independent, resilient, outdoor loving human I am today and I firmly believe all kids should get the opportunity to have their lives changed for the better by camp.”- Kylie Beltz, past camper and counselor

“I started working at Camp Foley in 2016, because I wanted to work outside for the summer. At the beginning of the summer, I told myself I would only be able to work one year and would have to find an internship the next summer. Four years later (including two more summers of counseling) I now work here full time and have found a place that allows me to be the best version of myself. I have seen first-hand many other campers and staff who have been impacted by camp in ways they never thought imaginable.” Joe Harrington, past camper, counselor, and current AD

“I did yoga for Camp Moves Me. One pose, the dancers pose I thought represented the Marina. The pose captures the elegance of sailing, calmness during canoeing, the balance while water skiing, the energy of windsurfing, and makes you hungry for fish! The marina holds a special place in my heart. I want to turn it into a special place fo so many more campers.”- Kevin Beltz, past camper and counselor