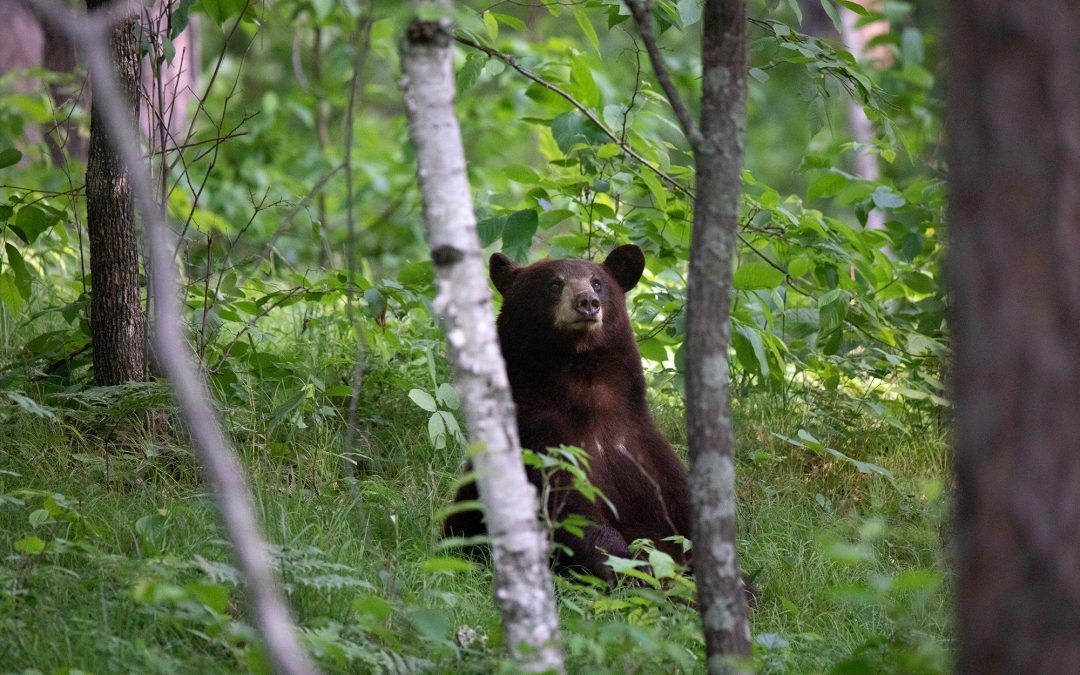 If you’re a fan of this blog, (and I know you are!) you’ll know on January 9th, 2020 we published a blog called “Winter Critters” that was all about how animals kept warm in the wintertime. Well, it’s 6 months later and guess what? It’s finally warm out, so I thought we could take a look at how animals are keeping themselves cool during the summer months.

Taking Turtle Naps!
Turtles are much more active in the summer and will awaken from their hibernation and emerge from lakes and ponds. The temperatures they love the most are between 70 and 85 degrees, but they will tolerate nighttime temperatures down into the ’50s. During the summer, they are seldom active during the mid-day heat and do most of their hunting and foraging during the cool, early morning hours. They can be found sunning themselves on rocks and logs during the hottest part of the day.

The summer heat can be downright “unbearable” for us humans, so people often wonder how the black bears handle hot days with their fur coats. While people wear coats to keep warm, animals have fur not only to stay warm but to stay cool too! Much like dogs, bears do not sweat. They pant to dissipate heat and, they shed their thick and heavy winter undercoat to help them deal with the summer heat. The remaining hairs are lighter and longer, helping to insulate their bodies while keeping heat and direct sunlight from their skin. As they move, the longer, taller hairs float and sway allowing for cooler air to move along their body.

Deer Ears!
Like the bear, deer shed a lot of their thick coat in preparation for summer. They also pant to help heat escape their body. But by far the “coolest” way a deer keeps itself cool is with its ears. A deer’s ears are hairless in the summer to allow heat to escape from the body and speed up the cooling process.

Squirrels Sweat!
Yes, just like humans, squirrels can also sweat when they get really hot. Squirrels have sweat glands in between the pads at the bottom of their feet and in between their toes, By sweating through their feet, they’re able to cool themselves off. They also chill out through respiration, panting like other animals we discussed.

Eagles Soaring Above
Eagles often soar at higher altitudes on the hottest days. While this does not get them out of the sun, the air temperatures are much colder at great altitude, which keeps the birds cooler. They can also be found in shady areas during the hottest times of the year, particularly near water sources and low to the ground. The more layers of branches and leaves above the ground, the more heat will be absorbed and the cooler the shade will be.

We are lucky at Camp Foley to have a lake and lovely tall trees to keep us cool, but maybe we can learn something from these animals too!